Welcome! I’m extremely excited to get started and help you with your online business!

I grew up with AOL and dial-up internet access; broadband internet was a luxury at the time and just rolling out in different parts of the city.

As far as computers went I was only interested in online games (Starcraft!) and Instant Messaging with friends. I had an interest with how websites worked but it might as well had been a foreign language because there were so many unknowns I didn’t know where to begin.

It wasn’t until several years later when one day a friend showed me a little “trick”, as he called it.

He brought up notepad.exe on my computer, typed a few things into it and saved the file as index.html. He opened the file and to my surprise, it launched my web browser and displayed the text “Hello World!”

Eureka! It’s this VERY basic HTML code which turned on a light bulb in my head. It helped me understand what it took to create a website.

I never would have imagined a few years later I would have my own online business, started from scratch, making nearly $100,000 in sales each month! 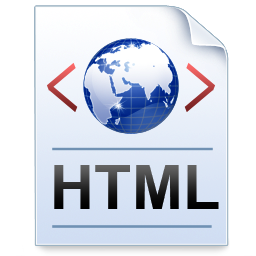 My friend showed me some basic HTML code which he memorized. From there I took the time to learn HTML and soon I was experimenting with my own websites on free web hosting sites.

I have come a long way from Notepad.exe and basic HTML code.

Don’t worry, you won’t need to learn HTML or any other programming languages to get started. You can get by using 3rd party software as I’ll show later in the guide.

It took a weekend to learn HTML by the way, couple that with CSS and other scripting languages, it’s not very difficult to learn so if you have the time I recommend taking a look into it but it’s not mandatory to move forward.

Creating websites for me was just a hobby at this point.

It wasn’t until a couple years later that I discovered a niche I could get into and start making serious cash with, and that’s what I did!

How I Got Started

At first I was just doing business with a few competing websites as a wholesale supplier (I’ll get more into that a little later).

While working with these businesses I figured out how they operated, how their business worked and how they powered their websites. I decided I could build my own competing business and sell products at a much cheaper price, undercutting the competition.  At the time I understood HTML well enough and I was also playing around with PHP and other scripting languages.

I was learning from the ground up. 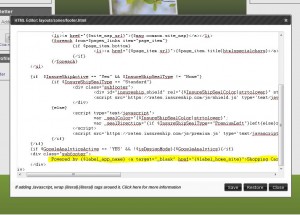 I studied the businesses I worked with. I looked at their source-code and found that they used something called a ‘shopping cart’ to run their website. I saw that they were using a well-known payment processor (PayPal) to process orders. I did test orders with them, and I sold wholesale products to them. I knew how much they paid for their products and how much they resold products. I knew their checkout process and since they were buying from me and other suppliers, I knew the product was in HIGH demand.

I had found my first business!

You guys are LUCKY!

I didn’t have anyone to learn from or guide me step-by-step as this system will do for you. I made a lot of mistakes and for various reasons almost lost the business a couple of times. But that’s great news for you because I’m passing ALL my knowledge to you in this guide. I’ll show you what you should and shouldn’t do and give you all the details you need to have a leg up on your competition and succeed in the long run.

A lot of hard work has gone into writing this guide. I recommend reading it at least twice before you get started with your own online business. 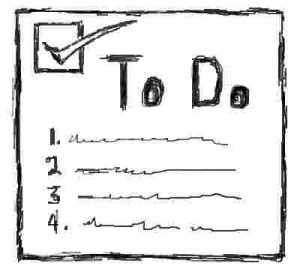 There is one last thing I want to say before we get started. While there were a lot of things that kept me motivated to finish my website and start making money from it as soon as possible, the main thing that kept me going in the right direction and to which I credit to my success is my to-do list.

It’s simple really. I went out and bought a large notepad and wrote down everything I needed to do to create my online business, from beginning to end. It was a place to organize my thoughts, work on new strategies and get things done. I still have that notepad today as a memento.

I have since moved on to online to-do list but I find actual pen and paper and the ability to scratch items off as I complete them much more addicting then clicking buttons. Otherwise I recommend Sandglaz (it’s what I use today), Todoist and Astrid.

Since going live with my first business I have been self-employed; that’s nearly 10 years of good times. I eventually sold my first business and branched out to other sources of online income. What you’ll learn from this guide won’t just be information to start your own online business; it’s the foundation of every method to making money online today. With the knowledge you’ll gain, you will have the ability to diversify and earn a full time income online.

I hope you’re getting excited!

Tip: Use the arrows at the bottom of the page to navigate between pages or use the link tree to the right, it’s up to you.

Hi Donald what if you take on paid traffic to boost ranking cab this work? I don’t mean to convert to sales but to make your site look popular

Vote Up
0
Vote Down  Reply

What sort of ‘paid’ traffic? PPC Ads? FB Ads? What are we talking about?

Vote Up
0
Vote Down  Reply

Member
Olly Haynes
Share On TwitterShare On Google
Hi there no I mean actually buy web traffic unique visitors to make yout website appear more popular In search results, is this a method you would recommend, and as we’re on topic,do you think that PPC paid ads are the best way forward for a new site? I know you have recommed, but Is this still case?And then one final question are the picture adds that appear in Google results free Google merchant ads? As I’m more likely to click an image of the product with a comparable price then a first place ad? Look forward to your reply
Vote Up
0
Vote Down  Reply

Author
Donald
Share On TwitterShare On Google
What’s the point in buying traffic if it won’t make you money? No, it won’t help your search engine rankings at all.. what WOULD help is a slight bump with your social presence.. more likes/shares of your pages of content.. that will help your rankings a bit.. but that’s not the only factor. PPC ads starting out.. hmm.. possibly. However depending on your product it may make better sense to spend that money with influencers in your niche.. have them promote your product. For example if you have a bath soap.. you’ll want to hit up Instagram influencers with larger… Read more »
Vote Up
1
Vote Down  Reply